The credit and debit card ecosystem is much bigger than MasterCard, American Express, and Visa.

Scores of companies play different roles in the system as intermediaries, most of them as merchant-facing vendors that provide the technology and services that help businesses accept credit cards. Recently, Silicon Valley has decided they also want to compete in this market, and  introduced online, mobile, and cloud-based services that compete with those provided by the legacy players.

Oracle’s $5.3 billion deal for Micros Systems provides an uncertain forecast for shareholders in the database giant. Even if it’s the start of a new deal binge by Oracle’s chief, Lawrence J. Ellison, it’s not at a crazy valuation. But Mircos, a longtime partner, is more of an add-on than a way to supercharge Oracle’s effort in cloud computing.

Oracle is paying $68 a share in cash for the Micros, a maker of hotel and restaurant business technology systems. At a 24 percent premium to the undisturbed share price, it’s at about half the premium Priceline recently agreed to pay for the restaurant reservations site OpenTable, as one example.

Oracle Corp. is nearing a deal to buy Micros Systems Inc. for more than $5 billion, people familiar with the matter said, as Chief Executive Officer Larry Ellison moves to combat slowing growth by adding software for hotels and restaurants.

Oracle and Micros are in exclusive talks, though the two sides could still fail to reach an agreement, said the people, who asked not to be identified discussing a private matter.

Priceline's Acquisition of OpenTable for $2.6B Investigated for being too Low

Travel behemoth Priceline this morning said that it planned to gobble up restaurant booking service OpenTable for $2.6 billion in cash, news that sent OpenTable’s share price skyrocketing by nearly 50 percent to over $104 per share. But, a little like a belch after a big meal, swiftly on the heels of that news comes another development: Former SEC attorney Willie Briscoe and securities litigation firm Powers Taylor say that they are going to investigate the deal for being priced too low. 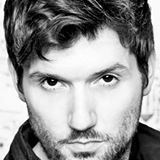 California-based iPad point-of-sale maker Revel Systems has added a drive-through option to its lineup of software and hardware accessories, making it possible for business owners to get set up with a way to cater to their drive-up customers without the use of a central server and complicated dedicated systems. The package is available for a flat fee for the necessary hardware, and gets a restaurant ready to roll without any additional monthly costs. The Revel drive-through setup includes two-way video chat between a server inside and the customer via a drive-up video display outside. This can work with an iPad embedded in a drive-through sigh, or by a larger connected display like a television if that’s already in place or more in line with a restaurant’s needs. The iPad can show the customer their order as they place it to make sure everything’s right, and there’s also going to be an option to allow them to pay for their order right on the display before pulling ahead to pick up their food.

The enterprise garners a majority of the attention when it comes to Big Data and the Internet of Things, but there's mounting evidence from this year's National Restaurant Association (NRA) tradeshow that the restaurant industry is carving out its own use cases to capitalize on the potential of a data-driven, connected future. Among the scores of technology vendors strutting their point-of-sale wares is a common theme of connectivity — from back office operations to targeted deals via data collection and analysis. Much like retail, the restaurant industry relies on a balance of internal functionality and customer relationship management to ensure its success.

One of David Marcus’s biggest challenges when taking on the role of President of PayPal was extending the platform into point of sale, and making it easier to pay with PayPal than swiping your credit card. But changing consumer behavior is an enormously difficult task. So he thought that the only thing more alluring than swiping a card is simply doing nothing when you check out of a store. PayPal Beacon, the new add-on hardware device for merchants that leverages bluetooth technology to enable consumers to pay at stores completely hands-free.

Apple has been coy in revealing its plans for a touchless payment solution, but a patent filing discovered gives clues as to where the company is headed. The tech-giant has filed patents related to mobile payments before, but this one describes a fairly complete, fully POS integrated system for conducting real-world transactions without compromising user data.

Have you heard of what PayPal has been up to these days? They're perfecting PayPal Beacon. It's basically a small device that plugs into a standard power outlet, linking POS systems to a customer's PayPal app via Bluetooth Low Energy. Which means customers will soon walk into a participating store and make a purchase without a direct transaction. Hands-free shopping? Perhaps… except for the part where you carry your purchase out of the store -- Beacon definitely can't do that for you. Learn more about PayPal Beacon.